COMO, Texas — On a rural Hopkins County farm, Kyle Humphrey tends to his family’s massive herd of dairy cows. The 31 year-old will soon take over their dairy farm, so he’s working to keep their legacy on the land strong, but it’s clear that’ll come with some serious challenges in 2021.

“Feed prices have definitely gone up,” said Humphrey. “It’s costing about a dollar per cow more per day than it typically does this time of year, so you spread that across just these 550 animals here, that’s $550 a day more.”

And that’s just the cows that are milking currently. Altogether, his farm has about 1,800 head of cattle they have to feed. Feed costs do fluctuate, sure, but Humphrey says this price increase is certainly more brutal than others, thanks to the recent winter weather across Texas.

The February snow storm backed up a lot of deliveries and slowed growth at farms across the state. Humphrey said even the grass they grow to feed their cows required a lot of TLC to bounce back from the freeze.

During the snow, Humphrey and other Texas farmers found themselves isolated as the snow left roads impassable. He’d prepared for such weather after another burst of winter a few years back, so Humphrey’s cows still had plenty of access to fresh water and food throughout the several day span. They certainly didn’t go unscathed though as their farm lost several animals to the elements and, maybe more impactful for their bottom-line, lost several days of product as trucks couldn’t get to them to take their milk to market.

“We do about 4,000 gallons a day, so 20,000 gallons total had to be dumped down the drain,” said Humphrey. “That’s a lot of hard work you put in that week and the week before preparing for the storm and trying to take care of all your animals that you kind of just have to sit there and watch it go down the drain.”

Overall though, Humphrey says he was lucky compared to many in his industry. He saw neighbors lose buildings, crops, and have a much more difficult time bouncing back from the storm.

According to the Texas A&M Extension Office, the state’s agriculture industry lost an estimated $600 million to the storms with large losses in citrus farming and livestock. 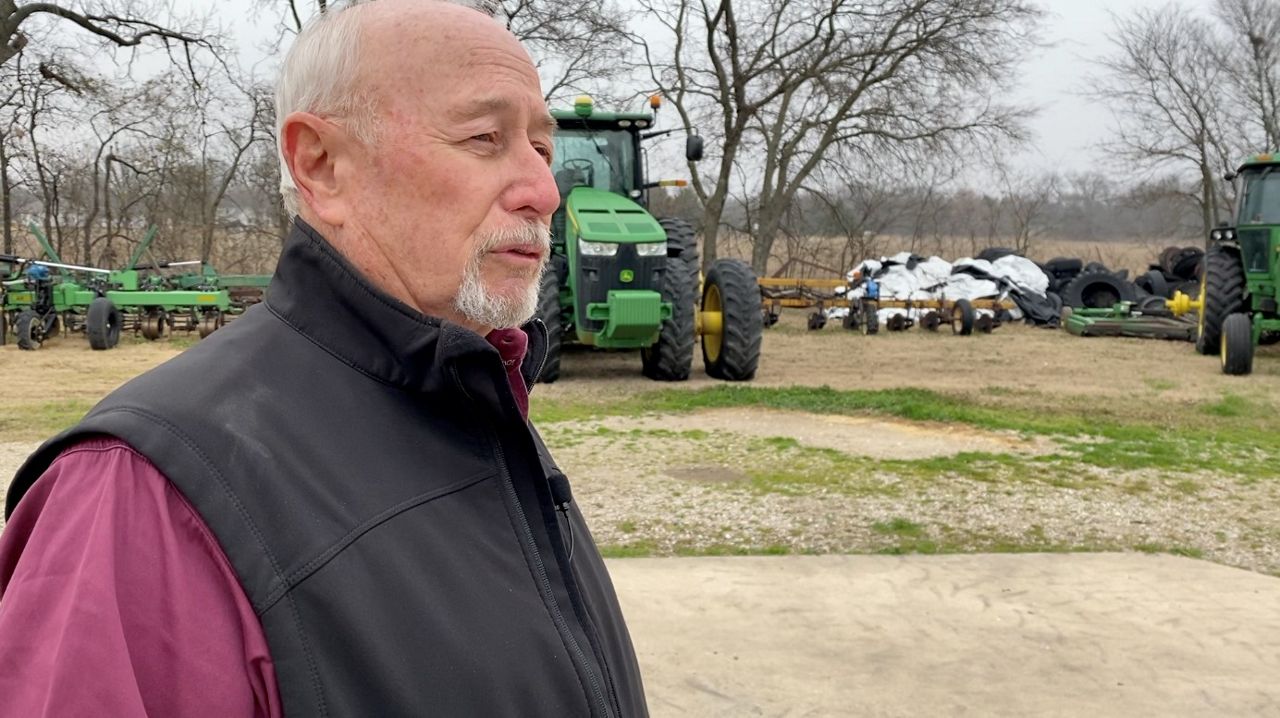 Keep in mind too — this all comes in an already challenging year.

Before the storms, Texas Farm Bureau President Russell Boening said the Bureau and farmers across the state were keeping a very close watch on the changing political climate and shift in administrations. Renewed talks about everything from agriculture related bills to moves on climate change and the environment are topics near and dear to their community — that could also have serious effects on their bottom lines.

Long-time Collin County farmer, Ben Scholz, said that these types of things always have to be at the tops of farmers’ minds.

Scholz adds these aren’t just issues for the agriculture community, this stuff affects us all.

There are, of course, some safety nets in place to help farmers, like grants and crop insurance, but with so many costly effects from that storm especially, consumers have to be concerned about price increases ahead.

Humphrey says they’ll keep doing what they always do — working to keep costs down and keep everybody fed – even when that faces a year of challenges.

“Some days you’re like, ‘man, I don’t know if I can do this,’ but then again this is all I know, this is all I want to do,” said Humphrey.