“I definitely expect that demand for citrus is going to be as great as last year and the reason behind that, is Covid,” says Lyndsay Roux of South African fruit exporter FabFresh, noting that the situation is graver than last year, given the more dangerous strain.

“The demand for vitamin C is still very strong and it’s been very good for citrus producers. I believe that it’s going to be a very very good year again.”

The crop is expected to be big, and demand will be there.

Last year, according to the Citrus Growers’ Association, South African citrus growers invested an estimated R3.7 billion (almost 210 million euros) in new orchard establishment and there are many new orchards coming into production.

Lyndsay has, for instance, been contacted by an Eastern Cape citrus producer who, with young trees coming into bearing age, expects an additional 300,000 cartons of citrus this season, and there’s no shortage of interest.

They start with lemons from Limpopo next week, and early navels by the end of March.

“There’s just not the demand for apples and pears like there is for citrus. We don’t do a lot of stonefruit but I have heard of prices offered from European buyers for premium plum varieties, prices at which it is not viable to export. Everyone just wants citrus. The demand is phenomenal.”

Meanwhile the Rand has strengthened to R14.60 to the USDollar, compared to the R18 to R19 during last year’s citrus campaign.

Langkloof hail: 100% losses on some orchards
She notes that the apple and pear harvest started slowly, everywhere about two weeks late after the long cold winter. Summer started slowly in the Western Cape and the Langkloof. 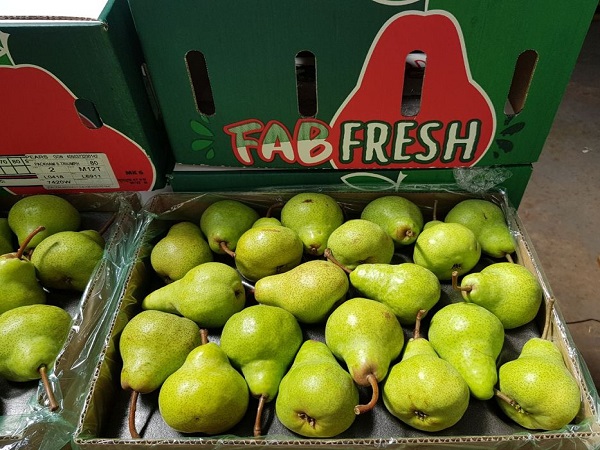 The Langkloof had hail again this past weekend. Reports are that it’s not as bad as the “terrible hail” of a month ago during which some of her growers lost an entire crop of pears, apples or the last stonefruit – up to 1,500ha was affected.

The pear market started at high price points for Rosemaries three weeks ago, shipping at around US$25 per 12.5kg carton, but it has already come down to levels of US$18 to US$19 per carton in the various markets, which is a dramatic fall, she remarks.

Fabfresh has shipped Rosemarie pears to the Middle East and Panorama Goldens to Nigeria. 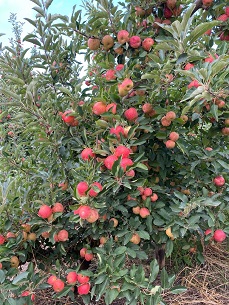 There has been a steady flow of enquiries from Bangladeshi buyers looking for Royal Gala apples. “Bangladesh is a good market for us because a Royal Gala generally isn’t a very big apple, usually peaking at counts 150, 165, which is what they’re looking for.”

As an aside, she notes that the colour of the early Free State Royal Galas was “phenomenally beautiful” this year, earning great prices in the Far East; FabFresh doesn’t yet draw any supplies from there “but it’s on my bucket list”. Currently their main focus is on the Ceres/Villiersdorp/Grabouw areas of the Western Cape.

Last year they started trading in blueberries and strawberries as more growers embark on berry farming, but those categories FabFresh markets in partnership with berry specialists like Afriberry and Toro Fruit.

“If you had your hands on ginger it was unbelievable. I tried to get some ginger and couldn’t, there aren’t that many ginger farmers in South Africa but I can tell you, many people will be planting ginger now. I’ve gone and done my homework on ginger farming and I read you need at least 5 hectares to make a profit with input costs at R500,000 [28,354 euros] per hectare, meaning you’re looking at an input costs of R2.5 million [141,700 euros]. But if you can get there, it’ll take off.” 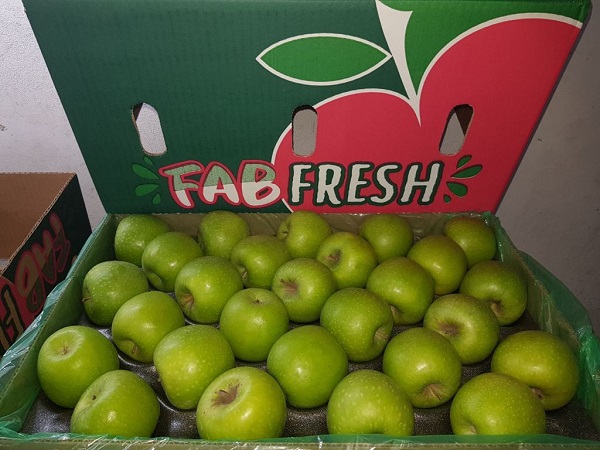 Small producers are having it hard
Lyndsay, a former lawyer (she does point out that she’s still a lawyer in her blood), isn’t reticent to state her distaste for corporate culture nor unwilling to call out certain aspects that could do with changing (the industry’s terms of payment, for instance) or just plain wrong (deceitful producers and traders, of which she’s known a few).

“Fabfresh is very small, we’re just four people, and what we’ve accomplished in five years is huge. I like going to the producers myself. I don’t want us to get so big that we lose the personal touch with our producers.” 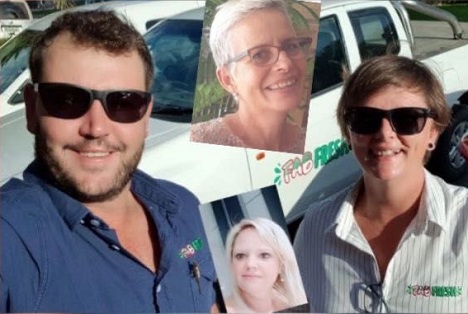 She points out that smaller producers are having a hard time. “That’s why we strive to really add value to our producers, they’re already facing so many other challenges.”

“I really feel we look after our producers much better” 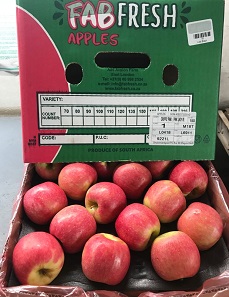 “I really feel that we look after our producers much better than in a big company where all produce, regardless of the producer, is lumped together in one basket and shipped at a negotiated price.”

She continues: “We still do a single container, or five or ten at a time, so we can focus on a producer’s particular quality to negotiate on an ad hoc basis. In this way, our producers get better prices back on the farm. We strive to keep our overhead costs down, we don’t have huge offices and when we travel, we rent a small car and stay in modest accommodation.”

Their commission is fixed at an average of US50c per carton, regardless of the price per carton.

She doesn’t care much for corporate culture, she says, and she’s found that many producers feel the same.